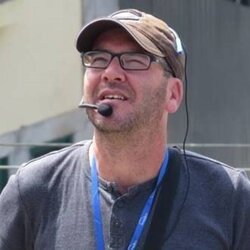 MORE INFORMATION ABOUT YOUR EXPERT TOUR EDUCATOR
Yoav Hermoni was born on Ma’agan Michael, a Kibbutz in northern Israel, located on the coast of the Mediterranean between Haifa and Hadera. He grew up in Jerusalem, where his family moved when he was 13.
Becoming a tour guide was, for Yoav, a nature enthusiast at heart, a very simple decision. As a teenager, he hiked with the Society for the Protection of Nature and spent his military service as an armored force commanding officer.
After his discharge from the IDF, Yoav traveled to South America, and when he returned, he enrolled in a tour guiding course. Since earning his guiding license, he has guided Birthright groups, Federation groups, family groups, and many more.
In addition to his tour guide diploma, Yoav holds a bachelor’s degree in International Relations and Middle East and Islam Studies and a master’s degree in Middle East Studies. His academic knowledge of politics and Israel’s security situation is woven into his guiding.
Yoav takes special pleasure in guiding in the Upper Galilee, which he considers a true paradise. He currently lives with his wife and three children on Kibbutz Dan, located in the north of the Hula Valley, at the foot of Mount Hermon. Along with guiding in Israel, Yoav guides groups for Da’at in Spain, Morocco, and South America. He speaks Hebrew and English, as well as some Spanish, French, and Portuguese.
When he’s not guiding, Yoav enjoys reading and spending quality time with his family.